When I saw my phone buzz at 5:30AM I knew it could only be one person. My client living in Singapore waiting to discuss a six million NIS approval was the only person who texts me at that time. Given than my wife had recently given birth to twins boys I happened to be up. “Six million NIS has been approved”, I wrote to him cheerily. “The approved rate is US Dollar 6 month LIBOR+2% so that will bring your fully indexed rate to just under 3.3%, based on today”. The pause in his response seemed to drag on forever. “I’m shocked”, he wrote after what felt like five minutes. “I am currently negotiating a two million Euro mortgage in France and the bank there is talking about a 15 year fixed rate at 1.5%.” “I know it’s unfair to compare interest rates between different countries but with rates at all time lows in both France and Israel, why is there such a discrepancy?” 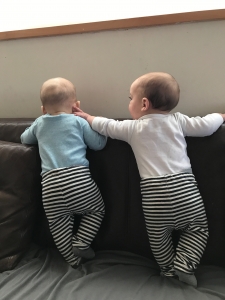 There are many possible answers to my client’s question. It is clear that the price a consumer pays for credit in Israel increased significantly in 2016. With most Israeli bond yields holding near all-time lows and the Bank of Israel rate at an all-time low of 0.1% one would be surprised to hear that interest rates on mortgages and other forms of consumer credit have spiked between 1-2.5% in 2016. By July, it had caused Knesset members Moshe Gafni and Eli Cohen to call for an investigation into the reasons for the dramatic rise. In response, the Bank of Israel published a report on Aug 31. entitled “Developments in mortgage rates” whereby Bank of Israel provided a review of the current factors contributing to the rise in rates. The report explains that the price of credit is dependent upon three factors: 1) the cost of funds to the banks 2) the perceived risk in mortgage assets and 3) the level of competition in the mortgage market.

The report states that “Despite the fact that base interest rates have dropped to an all-time low as of March 2015, the banks’ cost of capital has increased by 60 basis points (0.6%). As a result of the rise in real estate prices in Israel since 2008, the mortgage and construction portfolios at the banks have increased from 35% to 45% of their overall exposure and stand at 300 BLN NIS. As a result of the heightened risk in real estate credit… as well as the increased capital requirements intended to preserve stability in the banking system, there has been an additional increase in mortgage rates. Looking at the long-term trend, interest rates are still relatively low compared to prior years and the banks’ profit margins are low at an average of 1.6%. The operation of three large players in the mortgage market means it is reasonable to assume there has not been a drop in competition in the market.” In other words, Bank of Israel is not chalking up the rise in rates to a drop on competition or price gouging.

From reading the article, one gets the feeling that the Bank of Israel is not at all bothered by the consumer paying significantly more on their mortgage. The last sentence of the report gives it away: “Over time, the rise in rates will contribute to a slowdown in demand in the housing market and at the same time that the government is making efforts to increase supply, it will help stop the rise in home prices and even bring them down”.

In summary, the three largest banks (who essentially own the market) decided to raise their rates and profit margins in 2016 in response to a number of factors – and Bank of Israel seems to be just fine with that.

About the Author: Tzvi Shapiro

Tzvi first came to Israel in 1995 from Passaic, NJ. He completed his B.S. in New York at the Sy Syms School of Business at Yeshiva University before returning to Israel. Prior to co-founding First Israel Mortgage, Tzvi served in numerous managerial and operational roles spanning the banking and financial industries.

Housing Prices in Israel on the Rise
by Norman Shapiro
The price of residential real estate in Israel has risen by over 10% in the last 12 months, with steady increases forecast for the future. The…

Israel Mortgage Primer – Before You Apply (Part 1 of an ongoing series)
by Norman Shapiro
So, you’re ready to take the plunge. and…purchase a property in Israel. You know where you want to buy, how big a property you need and…

Number of Apartments Purchased by Foreign Nationals Rising
by Norman Shapiro
We are in the middle of a pandemic, and it’s been almost 2 years since foreign nationals have been freely able to visit Israel, making it…

Jerusalem Post: Can the new government slow rising housing prices?
by Tzvi Shapiro
"The problem is a lack of supply in the housing market," said the co-founder of First Israel Mortgages. "The only way to bring down prices is…