Helping clients acquire a good mortgage in Israel often feels like solving a mystery. Dealing with the bureaucratic hurdles from Israeli banks, compliance issues from the Bank of Israel, making sure lawyers and property appraisers are on the same page, there is always a cast of characters involved in the plot. Our job is to work with all these players to help our client get the best mortgage available for their situation.

We recently had a case where a woman contacted us after having been referred by her real estate lawyer. She had signed a purchase contract on a 15 million shekel property in Jerusalem and had 2 months to fund the mortgage. Although her lawyer had advised her that  she would secure better interest rates and terms through us, after an initial conversation, she decided that as she had a long standing relationship with her bank, as well as a personal connection with the CEO and she wouldn’t need any help. 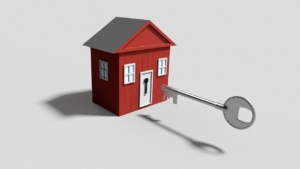 About five weeks later, she called us distraught. She said that even though her bank had told her that everything would be fine with her mortgage, and that she could sign the purchase contract, her bank was now giving her a hard time. They were balking at approving the loan because her income, which was based on distributions from a trust fund, was a source of income which the bank felt was not acceptable per Bank of Israel regulations. Now she was stuck because she had already signed the purchase contract and her bank did not want to finance the purchase.

To further complicate the situation, there were a few other loan conditions which the borrower requested which required special approval:

Before working to approve all of the client’s requests we needed to tackle the biggest issue first – approving the nature and source of the income. We submitted the file with another lender which we knew would accept the income distributed from a trust based on previous experience. This bank approved the loan amount but they were not willing to waive the life insurance requirement, approve the interest-only period, nor approve a term any longer than 12 years. With this approval in hand we then scheduled a meeting with the head underwriter of the client’s bank (who we have developed a close working relationship with over the last 8 years) in order to explain how the trust income was in fact in compliance with Bank of Israel regulations. We sat down with the head of underwriting and explained all the various sources of the trust’s income. We showed how the trust is in compliance with US Tax codes, that the borrower is the sole beneficiary of the trust and that the income could be accepted.

Banks need to feel comfortable when underwriting a loan. When dealing with a scenario that is out of the box in any way it’s just easier to just say “no”. The fear is that if the bank gets audited by Bank of Israel they don’t want to have to have the fire under their feet due to a lax underwriting decision. By making the bank feel confident that they were in compliance with Bank of Israel regulations the bank approved the loan- with all of the additional requests that we had made.

We ended up funding the 7MM NIS mortgage, with 2 years interest-only payments, a 20 year loan term, a full waiver on life insurance and at the same bank that originally declined her – all within 3 weeks

Initially this client was very resistant to paying for our service saying, “I don’t see why I should pay for this type of service when I have a relationship with my bank”. After everything she went through, and after we got her the approval she needed, she said, “I’ve never been happier paying a service fee in my life. Thank G-d my attorney referred me to you”.

About the Author: Moises Zack

As a mortgage broker servicing the HNW market, Moises has proven to be a “diamond in the rough.” Having originally started his professional career in Israel in the Diamond Bourse, Moises came to First Israel with the same commitment to service and professionalism which marked his previous career. When not busy saving his clients time and money Moises serves as the Treasurer of the famed Kahal Chasidim Synagogue in Jerusalem and a proud husband and father of 4 children. Visit my page