Housing Prices in Israel on the Rise

Housing Prices in Israel on the Rise

The price of residential real estate in Israel has risen by over 10% in the last 12 months, with steady increases forecast for the future. The major reason for this substantial price increase is higher demand that significantly exceeds the housing stock available. According to Israel’s Central Bureau of Statistics, the price of a typical 3 – 3.5 room apartment in Tel Aviv broke the symbolic US$ 1 million figure during 2021 and now stands at US$ 1.1 million (just under NIS 3.5 million). 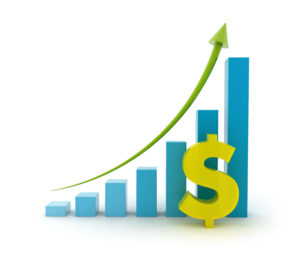 While the climb over the past year has been substantial, it represents only the most recent surge that has been in the works for many years. In the past decade, property prices have skyrocketed.

In 2011, at a time when there were prolonged street protests on Rothchild Blvd. in Tel Aviv in reaction to rising housing costs, the average price of a 4-room apartment in Israel stood at approximately NIS 1.42 million. The current average price for the same apartment is close to NIS 2.45 million. And, with no near-term expectation of a correction to the current imbalance in supply and demand, it is likely that these increases will continue for the foreseeable future.

A further boost to demand arises from low interest rates. In 2011, interest rates averaged around 5%, compared to just over 2% during the 2nd quarter of 2011. While currently a bit higher, these historically low rates are making it easier for young couples to qualify for mortgages that were previously out of reach.

According to Professor Danny Ben-Shahar, director of the Alrov Institute for Real Estate Research, these low interest rates “have had a dramatic impact on the rising prices and since these rates are at an all-time low and there is no room to go lower, prices will continue climbing”.

On the supply side, there is an ongoing problem with the lack of new housing being built. Over 90% of the land in Israel is owned by the government, and the state is simply not releasing enough land to build the housing units necessary for a rising population. Ben-Shahar points out that “By the government’s own calculations, we need to build between 50,000 and 55,000 new units every year to match population growth and we are nowhere near that”. Other estimates put the new demand at closer to 80,000 units annually.

Ben-Shahar lamented that the supply/demand situation is only likely to get worse. With a greater disparity in supply and demand, the price increases of the next decade may pale in comparison to the last.

About the Author: Norman Shapiro

Originally from Scranton, PA, Norman moved to Israel in 1995, and is fortunate to live here with much of his extended family. A graduate of Yeshiva University, Norman has been in the financial sector his entire career – starting with the commodity trading giant, Philipp Brothers in New York. He brings a creative viewpoint to the mortgage business, with the unique ability to find the best solution for his clients.